In my last blog post I mentioned that I was an Airhead and a Fathead and asked readers to comment. Unfortunately, I can’t repeat most of the comments that I received. But it is time to clear the air. I am both!

Why am I an Airhead?

Beyond the obvious reasons, which were presented abundantly in private posts, I am an Airhead simply because I ride a vintage BMW. For the record an Airhead is a BMW motorcycle which was built from 1923 until 1995. They have two cylinders sticking out of the motorcycle which are cooled by the passing air.

Here’s what they look like, one on each side. 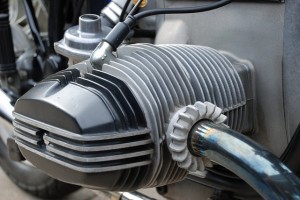 So since my BMW bike is a 1973 and sports these beautiful cylinders. I am indeed an Airhead.

Over these years the engines went from 1000 cc to engines now that are 1800 cc’s. But why are the recent ones called Fatheads?

It’s because of the introduction of twin cams on the engine. The previous engines were single cams. Two cams equals bigger heads, and in this case culminates in the Harley moniker “Fathead”.

Here’s what a twin cam Harley engine looks like: 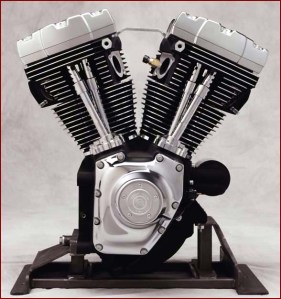 The poet Keats was correct when he stated: “A thing of beauty is a joy forever.” I’m sure he wasn’t thinking of the twin cam engine; but it is beautiful.

So, I am both an Airhead and a Fathead and I don’t think that anyone who knows me would disagree with this assessment.

I rode the Fathead (Big Red) down Friday to visit my buddy Jeff Stafford in Acworth for a New Orleans meal at Henri’s. The Fathead engine cruised along, easily eating up the 100 miles like it was smooth gumbo.

Tonight, I was meeting friends in town to hear some blues music at the Brewhouse. A short ride, a few twists and turns, a hot day, perfect for the Airhead (The Old Knight). And let me reassure you, the fathead had a great time tonight. He sat outside with friends, sipped Yuengling beer, listened to the blues, stared at the sun setting, marveled at the blossoming pink Crepe Mrytles and thanked God he was alive, and for these friends.

4 thoughts on “Yes, I am an Airhead and a Fathead and Here’s Why!”